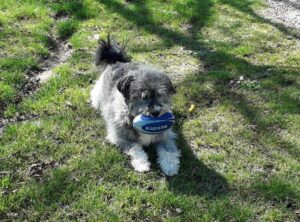 We are Penny and Steve, with our children Jake and Lucy and yes, we did what all those “get a new life” programmes show, we made that decision to change it all and to really get a new life. back in 2004 we had a wonderful holiday in rural France (2 weeks out from a very stressful few years in SW London with our noses to the grindstone) and sitting out on those balmy holiday evenings, wine in hand, we discussed what we wanted to change in our lives as we did every year on holiday, the elusive more time as a family, a simpler life and an escape from the noise and traffic. We carefully developed our escape plan over the two weeks, many of us do it and then return to the grind with just the fond memories of a perfect dream.

We returned to the UK but the grand plan this time didn’t fade away, it grew and made it onto paper and conversations with the rest of the family. For us this time we decided it was now or never, our children were 10 and 5 and now was the chance to change everything.

Steve and I took several trips to France and visited over 30 properties, there is nothing like deciding if you want to live in a new place when you are house hunting in February. We chipped our way through ice and snow to look at so many houses that the French called habitable, but we would and did call derelict. their criteria here was obviously if in the past it had inhabitants, water and electricity then in theory it could be habitable.

An April 2005 we found a farmhouse in a tiny hamlet called La Petite Breuille. We pulled up to the gates and fell in love, well the kids did really,  We wandered around and the dream just grew and grew. Then we noticed how wonderfully happy the children were, they had disappeared to play with the animals and with every turn we took, we were greeted with squeals of delight as they explored another barn or animal stable. We signed our lives away then and there.

In July 2005 we made the move. Chez Charente at this stage was just habitable, well it had electricity, water and a loo. it was in all other aspects just an empty shell, the kids described it as camping with bricks. Steve and I at this stage were committed to the next 18 months of some serious hard graft, huge quantities of determination and no employers.

The next 18 months saw the re-development of the farm house at Chez Charente – we now know that this is a project that will never be finished and every year we develop a new bit of the property.

The original farmhouse at Chez Charente dates back some 200 years and many of the villagers at some stages of their lives have lived here, all are delighted that the farmhouse and cottage have been restored and are loved again, we have been welcomed into the community as have all our many guests. we were for the first few years the local village entertainment, I think we provided hours of fun at the village suppers, especially as we struggled with the language and cultural differences.

Summer 2007 saw us open for business with our first families arriving in a ground force moment. We are now very settled and have had so many happy families here and we just love sharing all of this with them.

My favourite part of all this is watching our tired and grey families arrive and days later leave with hugs all round, a rosy if not bronzed complexion and children and parents that have all had the holiday they wanted.

After their 4th summer holiday with us B wrote “Well, see you next year. Every time we arrive, we start to relax, and every time we depart we long to return.”  August 2011

We look forward to your stay.

We use cookies on our website to give you the most relevant experience by remembering your preferences and repeat visits. By clicking “Accept All”, you consent to the use of ALL the cookies. However, you may visit "Cookie Settings" to provide a controlled consent.
Cookie SettingsAccept All
Manage consent

This website uses cookies to improve your experience while you navigate through the website. Out of these, the cookies that are categorized as necessary are stored on your browser as they are essential for the working of basic functionalities of the website. We also use third-party cookies that help us analyze and understand how you use this website. These cookies will be stored in your browser only with your consent. You also have the option to opt-out of these cookies. But opting out of some of these cookies may affect your browsing experience.
Necessary Always Enabled
Necessary cookies are absolutely essential for the website to function properly. These cookies ensure basic functionalities and security features of the website, anonymously.
Functional
Functional cookies help to perform certain functionalities like sharing the content of the website on social media platforms, collect feedbacks, and other third-party features.
Performance
Performance cookies are used to understand and analyze the key performance indexes of the website which helps in delivering a better user experience for the visitors.
Analytics
Analytical cookies are used to understand how visitors interact with the website. These cookies help provide information on metrics the number of visitors, bounce rate, traffic source, etc.
Advertisement
Advertisement cookies are used to provide visitors with relevant ads and marketing campaigns. These cookies track visitors across websites and collect information to provide customized ads.
Others
Other uncategorized cookies are those that are being analyzed and have not been classified into a category as yet.
SAVE & ACCEPT